The 6 times you should call a press conference 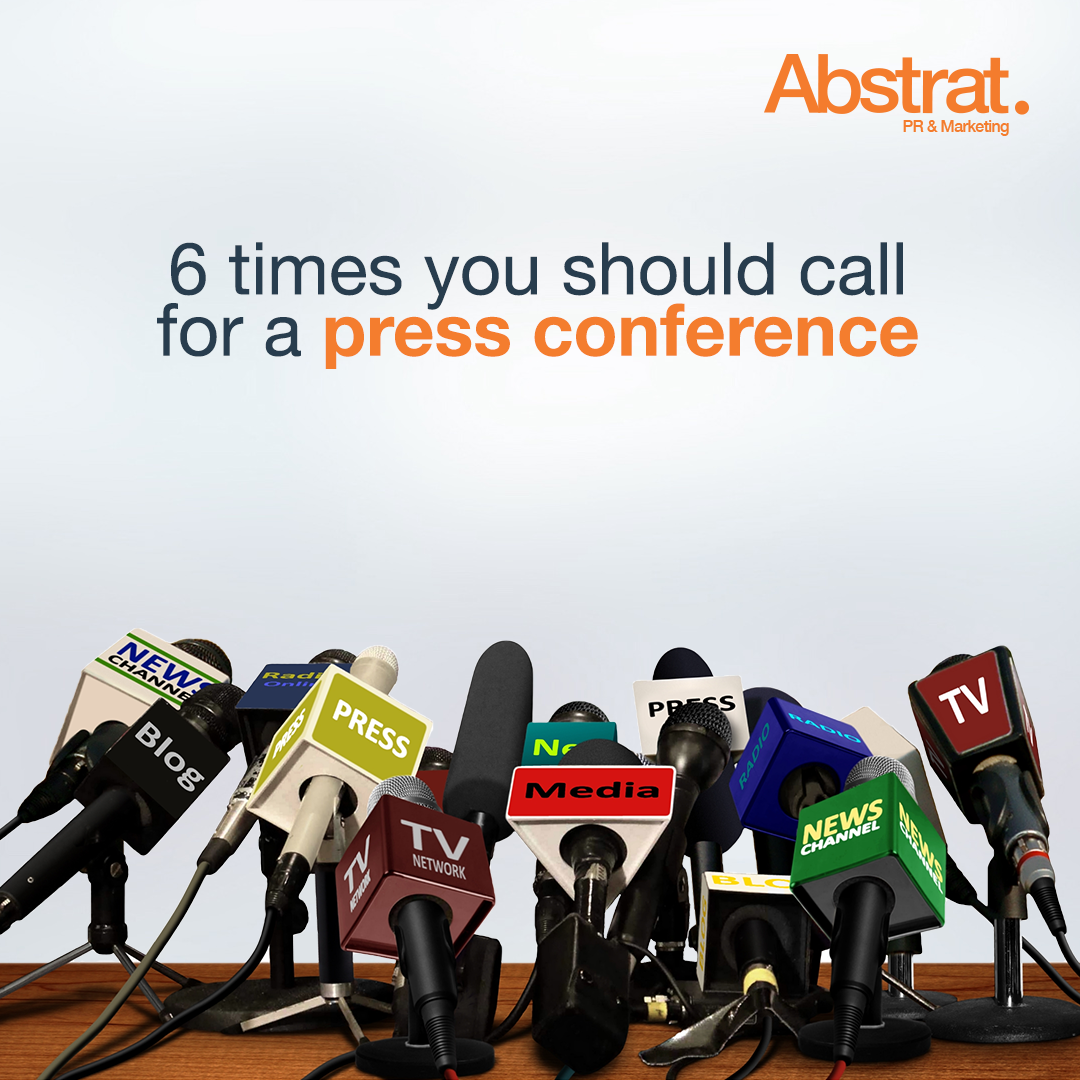 Press conferences aren’t as common as they used to be. Technology has enabled companies to disseminate information to reporters (and the public) without gathering the press in a single place—and that’s a good thing, since reporters have less time than ever to leave their desks to attend a press conference (and many won’t).

Press conferences can also be tricky, because reporters in packs sometimes play a game of one-upmanship, in which each reporter tries to ask a tougher question than the last. Still, press conferences can play an essential role in media communications.

Here are the six times you should call a press conference:

1. When there is high news interest

Many reporters are reluctant to attend press conferences, so your news story must rise to a certain level of newsworthiness before it makes sense to arrange one. If you’re an attorney in a high-profile case, for example, odds are good that the assembled reporters will appreciate your on-camera statement. Doing a press conference may also help prevent you from spending hours doing dozens of one-on-one interviews (which, in some cases, might be a better option).

2. When reporters are all in the same place

If reporters are already gathered in one place or locale, it might make sense to hold a press conference. As examples: a few dozen reporters are attending your scientific conference; you’re a New York financial firm making a major announcement to the financial press; or you’re a sports coach debriefing with the press following a game.

National and many state political campaigns come with a trailing pack of reporters. For instance, if you’re running a competitive senate race in California odds are that your candidate will have several reporters nearby at any given time.

4. When public safety is involved

The media are rarely a greater ally than when you need to disseminate critical safety information to local communities quickly. As an example, imagine you’re the public safety officer for a municipality when a gas line erupts, jeopardizing local lives. It’s probably a good idea to hold a press conference (outside the “danger zone,” of course).

You won’t call a press conference in every crisis, but if it meets some of the criteria listed above, you might consider doing so. A press conference in a crisis not only satisfies many of the reporters’ questions, but also sends a strong message that you’re in control, willing to talk, and not in “duck and cover” mode. For some scandals, a press conference can help shrink the news cycle, as it did in this case.

6. When announcing a loss of life

In many cases, it’s a good idea to put a human face on tragic news. If you’ve lost a colleague in an explosion at your plant or you’re a public safety officer who knows how many students died in a bus crash, you might consider telling the press in person and on camera. Be careful to notify immediate family members before releasing names through the press.